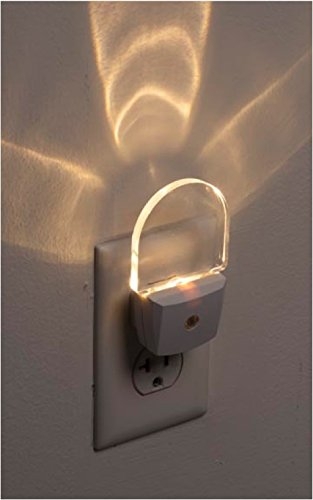 A nightlight is a small, low-powered electrical light source placed for comfort or convenience in indoor areas that become dark at night.

Nightlights are typically installed to create a sense of security and to alleviate fears of the dark, especially for children. They also illuminate the general layout of a room without causing the eyestrain created by a standard light, helping to prevent tripping down stairs and over objects. This is an important safety measure for older adults, for whom falls are the leading cause of injury-related deaths, according to the National Association for Home Care and Hospice. Nightlights may also be used to mark an emergency exit.

A wide variety of nightlights is available to homeowners; bulbs vary from incandescent to energy-efficient options, such as light-emitting diodes (LEDs), neon lamps, and electroluminescent bulbs. Some of these devices are equipped with a light-sensitive switch that activates the light only when it’s dark enough for them to be required, saving electricity and the effort needed to manually turn them on and off. Some designs also incorporate a rechargeable battery so they will continue to function during power outages.